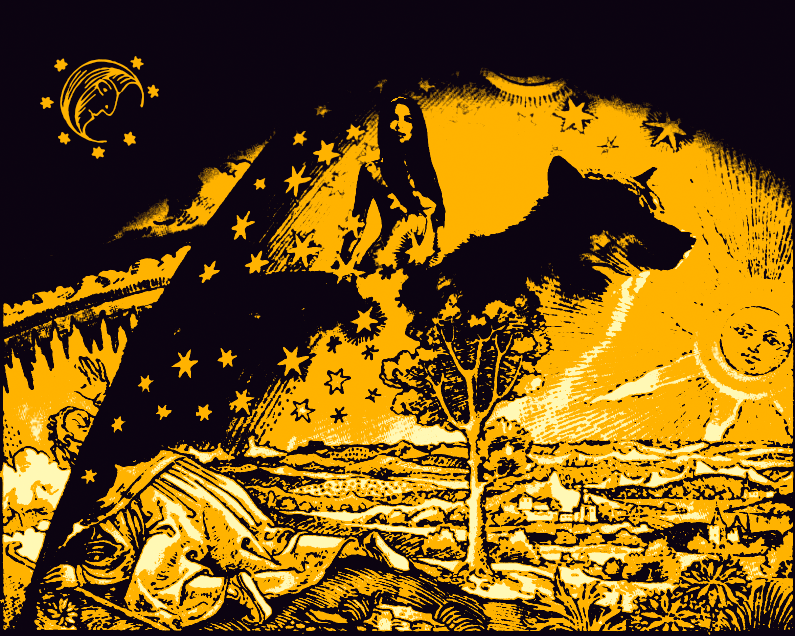 While you are peeking out, something else peeks in

When we start listening for an inner voice, we need ways to distinguish voices other than our own. But how many of us recognize our own thoughts? Just because a thought is in our head doesn’t mean it’s ours. We’d be much more difficult to manipulate if that were the case. When we try to observe closely though, thoughts seem to scurry away like frightened mice. Test this if you like. Close your eyes and just be aware of your thoughts. The first time, most of us will claim we have no thoughts. Our mind is a blank. This is not the case.

When we turn off the lights it takes our eyes a while to adjust. First, everything is black. Then we may begin to see rough shapes and outlines. After a while, we begin perceiving features of the room. The same with thoughts. Our gross awareness is not subtle enough to catch them at first. Maybe just their tails. But thoughts are there: boiling, rolling, seething in a tumult of dark assemblies.

One would think, after practicing meditation for years, this type of internal vigilance would be easy. Still, for me, it was surprisingly difficult. Although incredibly rewarding once I got the hang of it. Classic meditation teaches how to concentrate. On things like breath. Or to observe thoughts, but only deep enough to label them as thought and then let go. But this meditation, from hermetic yoga, examines thought’s very fabric to understand its essence. There’s no easy way to tell if the nature of thought is the same for everyone, but what follows is what I discovered about my own.

The first curious thing was that thoughts were only partially verbal, at best. A word, or phrase or concatenation and during the word, before or after it, were large sweeps of rotes1 comprising compressed meaning, kinesthetic hooks, sometimes flashes of imagery and a kind of spatial component. Often words and sentences did arise but it seemed their function was shepherding, to suggest thinking down a byway. In response, thoughts rolled after and tripped thoughts of their own in layers and fades and word fragments and the process was a jamboree. An array of body, feeling, short-hand ideas, memory, image and inflection.

This experiment was eye-opening in a few ways. Realizing I’m immersed in this while waking, truly a type of dream-time the Aborigines claim always exists as a second reality. A density of things happening that I just skim the surface of during the day. It seems all sorts of information is constantly streaming internally only to be passed through a tiny sieve of conscious interactions with the external world. That words have a curious, but largely non-linear effect on underlying thought. They function more like kindling. Sometimes, attending this way, I experienced extremely vivid flashes of imagery. A sea, a river. And discovered also that distinguishing inner voices from my own may be missing the point entirely. None of these thoughts may be mine.

In order to keep us obedient, meek and weak, the predators engaged themselves in a stupendous maneuver- stupendous, of course, from the point of view of a fighting strategist; a horrendous maneuver from the point of view of those who suffer it. They gave us their mind! Do you hear me? The predators give us their mind which becomes our mind. The predators’ mind is baroque, contradictory, morose, and filled with the fear of being discovered any minute now.
-The Active Side of Infinity by Carlos Castenada. For more on this.

The cure for sorcerers, according to Don Juan, was to develop their awareness. Most of us only have about a big toe’s worth. (His words, not mine.) The experiments continue…

16 Mar 2017 Inner Voices
Comments
Previous: Voices Next: What We Wish For