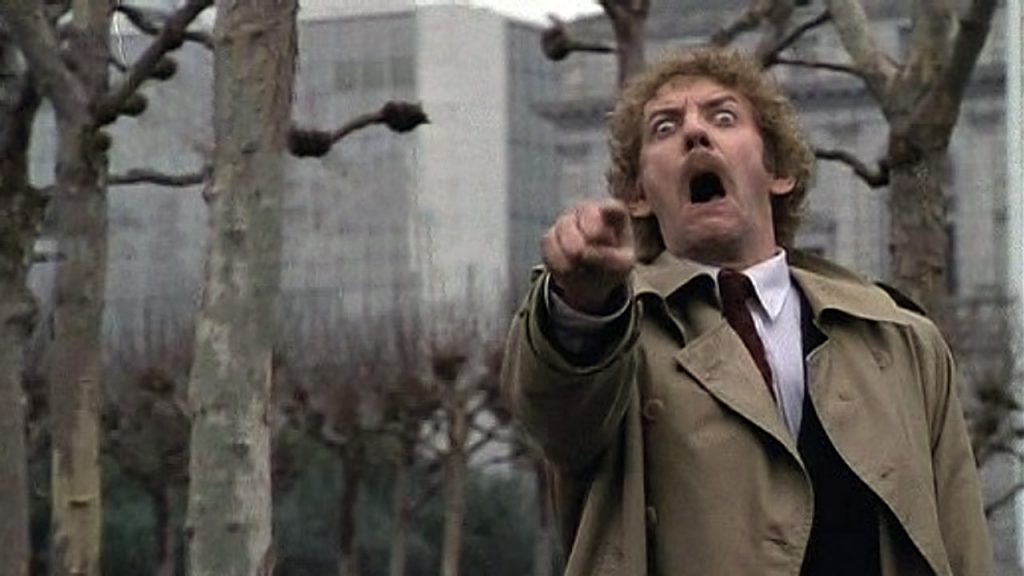 A fellow amigo, rocker of boats and raconteur writes a wicked blog over on Grachalacha and posed some provocative points related to a previous post here.

In the mindfulness haze that has taken pop psychology by storm (yeah, I butcher metaphors —there will be pieces strewn everywhere!)… some of us have a few basic questions about all this “awareness” as the answer-to-everything-doctrine being bandied about. We keep our voices low because these aren’t PC questions to the gurus and zeitgeist of our times. These happiest monks in the world, neuroscientist geeks of enlightenment or non-dualists on YouTube staring at us deadpan, saying nothing, smug in their ineffable states of “being.”

Let’s uncork this. This will be a non-linear ride, so hang on to your llamas. What?! What kind of heathen has no llama!? Come back with a llama!

Like the Christian fable of the fall, we have a story of separation. A fundamental flaw in our spiritual constitution that needs atonement. While the Christian crowd pins hope on obedience and faith, the awareness crowd plays a different mind game. Like: we’re not really separate, we’re all one, ego is an illusion. So it’s ok, relax, we’re already there. But why then, at the pub, aren’t I relieved when you go take a piss, being as we are all one and everything? Well, the sage answers, it’s because we’re experiencing the world through different eyes because the multi-verse is “playing” hide and seek with itself. Okey…  but then what’s next? Someone claiming everything came from a big explosion of nothing? How clueless can we (pretend to) be? Seriously?

What we have here is a problem with ideas and the limits of thought. Particularly with language. Language can fabricate conundrums just because a word seems to make sense. What’s the temperature of this molecule? Sounds reasonable, but it makes no sense. Temperature means how hyper a group of molecules colliding together are, it is meaningless to apply the term to a single molecule.  The very structure of language is also based on some ancient, out-dated philosophical assumptions. Some dating back to Aristotle, like the law of identity:

This becomes semantic distortion in daily grammatical constructs like: you are either a success or you are not a success; you can’t be both a success and not a success; so which are you? Huh, punk? Sorry, sometimes my words do my thinking for me, and that essentially is the problem.

So this concept, “awareness”, gets batted around in the ball pen of language as if were some property of a thing. Like red on an apple. But the experience of awareness is something different. And a little taste of meditation, sampled correctly, reveals a distinction that can be game changing: we can be aware of our thoughts without thinking them. Awareness is not just another thought.

What the heck does that even mean? It means (it doesn’t really mean this, these are just a bunch of words that might evoke something that recreates meaning in you)… IT MEANS, that when we (aka this awareness) separate a little from our thoughts, for a short period, could be a few seconds… we sometimes make an earth shattering discovery that we aren’t our thoughts. Although usually we are. And right after we discover we aren’t —we’re mugged, duct taped and thrown in the cargo of another train of thought passing by. Sometimes we free ourselves, minutes or hours later and get back to “meditating.” Some people just give up and become hobos.

But some never had this experience of separating the two. Snarky schools of awareness call these people sleepwalkers. All they will ever know, or be, is their incessant chains of thinking and feeling which is merely a summary of where and when they were born and what they’ve experienced since. They will never observe their thoughts run themselves, without them, one colliding off another like billiard balls. They may even assume they have agency in their lives. And it’s hard to awaken people who are dreaming they’re already awake.

This dream of being awake carries into the realm of ideas and we can talk about being awake, analyze what it means to be awake, all because it is fascinating trivia to the mind. And all while we are deeply asleep.

So what’s the big deal about awareness, anyway? If I’m just aware that my thoughts are thinking themselves, that feelings come and go, that everything is transitory, how am I any better off? Just let me sleep, dammit. Or at least talk about sleeping in a more favorable light.

And the thing is, I don’t know how it works for someone awake all the time. But for someone who wakes up now and then it’s a curious affair.

On the one hand, having extra space in the head, does nothing to change or control the thoughts. And if it does, it’s not awareness, it’s a thought messing with another thought. So there’s nothing that needs to be (or can be) done, ego-wise. Nor is there anything not to do, so the ego keeps on doing its ego thing, but awareness is not enmeshed as it was before, neither is it sitting in some crow’s nest looking down on it all, everything is “flowing” through it, in it… everything is heightened…and while nothing needs to change, everything subtly shifts. It becomes a state that’s lacking something: a certain…craving. A certain dopamine janxed orientation that whispers: this moment is amiss, is not enough, there is more, there must be more! And when that neural earwig stops being our default state, which is wind in our sails when we’re on the thought trains (I warned you about the metaphors), without that dopamine spin, we find our natural state now has something added as well: an exquisite balance in the now,  that doesn’t care what the self is doing but which illuminates everything it does in a curious way.

So. many. words. But if you bob to the surface of awareness like this, poking out of the thought-stream, there’s a certain feel. Though feel is the wrong word. And there is no right word.

But why would we ever forget such a thing if it was our natural state?

I believe awareness has the ability to inhabit things. It can inhabit them so completely it forgets it is not the thing. I believe this simply because of how it seems to work in meditation. And in dreams. When we awake from the dream, we realize we were dreaming. Seldom do we realize it when we are in the midst. Sometimes I’m even explaining to others, in my dream, about the nature of dreaming, without it occurring to me, that I’m in the dream. I can almost hear their snickers.

This raw awareness, when not enmeshed in thought, is the same essence we’ve had all of our lives —it hasn’t been affected one whit by any of our experiences. It may be the only thing we take with us after we die. Not our memories, just it. Though I think there will be a shit storm of a show right after death —when we are confronted by jamborees of our unhinged lived experiences. An event the Tibetan and Egyptian Book of the Dead try to walk us through so we don’t freak out and make bad choices and maybe, with guidance across the threshold, can have a final chance to escape the gravity of recurrence. Journeys with hallucinogens may also be valuable preparation in this respect.

The Tibetans have a sleep practice, maintaining awareness 24x7 through even deep stages of thoughtless sleep; and I think as long as I forget myself when I sleep and wake back up in the morning, then the self I’m living is not the Self that will remain long after I die. My self is still largely too invested in story, most of the time.

Which kind of begs the question, what’s this little, temporary self to do? It obviously can’t bootstrap itself into enlightenment through sleepwalking, and while we might drowsily observe what’s happening a few times, why are we trapped like this in the first place? And the intellectual answer may be that “we” aren’t trapped at all, never have been, although most of us probably awake between lives rather than during them because we paid for the luxury tour, the full immersion that promises the real thing. Or we’re in that stage of evolution, like with the bicameral mind, where we hear these voices but don’t yet realize they are our own. (And is asking the “purpose” of evolution like asking the temperature of a molecule?)

There are things our little selves can do. Dangerous things, subversive things, that might just blow up the whole expensive expedition for ourselves (and others.) Or jump us further along the arc of evolution than our society, and perhaps nervous system, is currently setup for. By this I mean magic. Playing with the illusions we are apparently caught in and finding out that they…wiggle. At least this gives our ego something to do besides spinning its wheels. The danger is that it could mistake the wiggling for some awesome super power it’s achieving (and how cool is that!) rather than a dismantling of beliefs in a chimerical reality where it is an impostor. The advantage of the magical approach, the way of the serpent in the traditions, is that it’s incremental. It doesn’t require the huge leap across an abyss that awakening does. More on wiggling in another post.

But a brief aside about this from Michael’s post as well:

Speaking of abstraction and levels… Gregory Bateson, a brilliant biologist and profound thinker, had an intriguing theory about levels of learning:

Level 0 - Causality. No learning takes place; a similar stimulus results in a similar response; Nietzsche’s eternal recurrence.
Level 1 - Linear learning… Pavlov’s dog…learning through conditioning that x means y; a quantum leap from level 0
Level 2 - Deutro Learning, or learning to learn, applying what we learned in one context to another; another quantum leap, employing the the very idea of learning recursively (reflexive thought, the bicameral mind?)
Level 3 - Is never found in dogs and rarely in humans, although dolphins have been known to exhibit it, it’s outboxing the contexts themselves to change the approach

Bateson believed level 3 was rarely found in individuals but rather in larger adaptive systems and, like zen, answered questions that were unsolvable in Level 2 using mechanisms that didn’t exist there.

Level 3 may be where magic and awareness converge. It may be that place that out-boxes thinking and makes thoughts into versatile tools rather than flypaper for awareness.

And, finally, as an ordained minister of the Church of Dude, I’m obligated to bring this all to close, for now, with our traditional blessing…