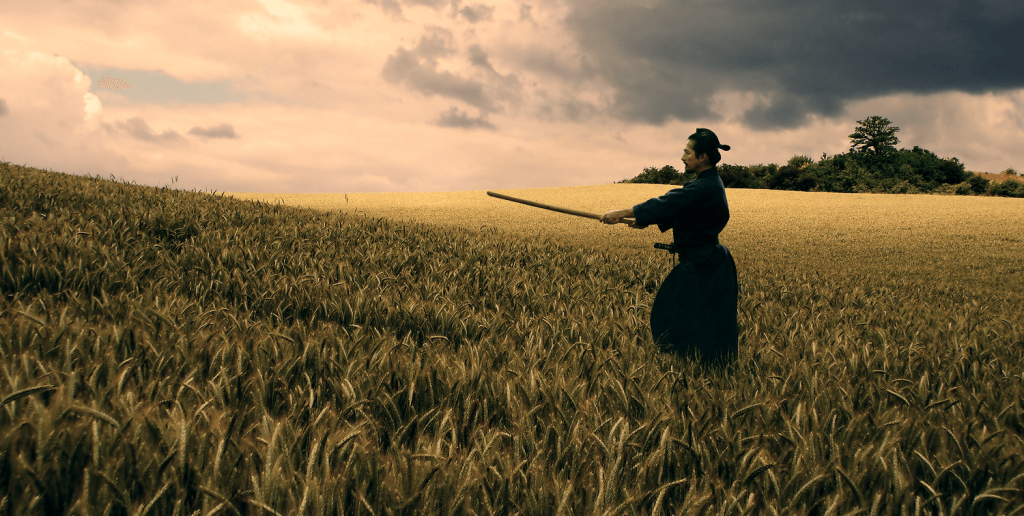 During my avid martial arts phase I was blessed to train with some true masters. And often on the razor’s edge where something may be working —yet for minutely wrong reasons— they would straighten me out. A technique I thought I understood would reveal hidden facets or covert flaws that, once corrected, took it to another level. Without such a guidance the technique would not have developed to its full potential. Or at least its potential attainable with my limited skills.

When I left Japan, my teacher told me the path was mine; I’d learned all I needed to continue, the rest would be revealed in practice. Budo. The way.

Last night my dream reminded me of something discovered only through practice. It was a small detail of great importance.

I have been exercising more daily mindfulness. For a few reasons, but one of them was in the hope it would carry over into my dreams. That I would become mindfully aware while dreaming. And last night it worked. I was watching a comedy act in a club. The comedian wasn’t funny, but hey, I wasn’t there to be entertained, I was practicing my “mindfulness.” Mindfully listening to the comedian, mindful that I wasn’t enjoying it very much, and aware of thoughts and dialog happening in my head without getting caught up. Yet the critical missing piece: I wasn’t mindful of the dreaming.

A minute but crucial detail. And a subtle flaw in implementation I often gloss over in daily practice. A flaw of omission which became readily apparent when put to the test in the dream world.

Mindfulness has become the darling of pop psychology. But a teacher in the older traditions once said something, almost as an aside, that is not usually reflected in the contemporary self-improvement approaches. He said it’s not enough to sit and be aware of our thoughts and feelings, we must also be aware that we are doing this. That we are in this place, aware of this awareness of things. When we do this, awareness becomes less of an “I” or a who and more of a “what.” As in, “what the heck is this no-thing that is aware?” Because it seems very strange to call it “me” which is just a collection of things that this no-thing is aware of and untouched by.

Words are poor containers for this point, but the point was this: simply noticing thoughts and feelings can be a type of introspection rather than a type of awareness. And introspection is just another flavor of sleep so one cannot expect lucidity from its practice. Introspection could just be an identification with the idea of detachment. With an idealized “objectivity.”  In contrast, there is an alchemy that comes with awareness of being aware.  “Self-remembrance” as fourth way1 practitioners call it. The mindful dream that was not lucid seemed to be speaking directly to this flaw in my practice.