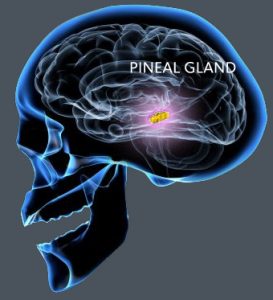 My experience was mostly non-visual. It was a kind of dialog and it felt like shifts and healings were happening but it was difficult connecting with grandmother. Some of my traveling companions had wild journeys across the universe, into realms of demons and angels and alien surgeries. One poor child of the sixties, has not been able to experience anything at all after a lifetime of experimenting with drugs, his favorite being LSD. He’s 65, and suspects it might be a calcified pineal gland.

At first glance, a “calcified” pineal, sounds about as far-fetched as chemtrails to the skeptical mind. But there may be some validity… the pineal has always been a mysterious gland in the brain. Descarte thought it was the gateway to spirit. An interesting insight, at his time, as it has been found to produce DMT in the brain, the same psychoactive agent of Ayahuasca. For another lady here, also in her 60’s, this was her 12th experience with Aya. It has always been a hellish experience for her, she’s called it trying to ride a wild horse and each time she feels like she loses her mind and has been thrown off and banged up on the ground. Why go through all that? It certainly isn’t pleasure seeking. For her, she says it is to help prepare for dying. Trial runs. So she could experience the chaos that will happen then without losing it. And last night Ayahuasca showed her that she would not cross that threshold alone, that death was the realm of Aya and grandmother would be there to meet her. Also interesting because, evidently, DMT is released in the brain in large quantities at both birth and death

Maybe I’ll do an experiment decalcifying the pineal with a more alkaline diet and see what it does to my dreaming and visualization. (Flouride is supposed to be a major culprit in the calcification. Curious, that. Maybe it’s put in the water supply to keep us from waking up? Of course now we’re veering into conspiracy theories, so enough rambling.)

My journey was much more prosaic, but left in its wake a trail of insights. Most of which I can’t verbalize yet, or maybe ever. But there was this one point, where I was trying to meditate, just trying to “abide” in awareness of this very strange state of mind, allowing whatever to come up and whatever reaction to what was coming up occur, but resting only in awareness without preference, without “self.”

I caught the wave of being for a few moments, but then Aya showed me a pitfall. Sometimes when I do this, and think I’m abiding in this place, I’m just using ego to run away from experience and get stuck halfway there: detached from experience, but still attached to ego. And things are stagnant there, not flowing, not living, as when abiding in awareness  while fully experiencing everything that is happening. I don’t know if this makes any sense, but to me it was like a zen master stepped into my head and demonstrated what I was doing wrong…just like the first Aya experience with wisdom.

The ceremony lasted from 7:00pm until 7:00am the next morning. The endurance required for these is significant. Every morning I meditate and go through my stretches, yoga, 5-tibetans and some strength and energy exercises and I think this routine, along with pretty much fasting the days of the ceremony, have been the only things allowing me physically to cope(!)

Well, tomorrow is the “light” ceremony with San Pedro. The last ceremony on the docket. It starts at 7:00am and runs until late in the night. After that, back to Cuenca…I’ve been dreaming of sliders, beer, chips and guacamole. Probably won’t do my pineal any good…