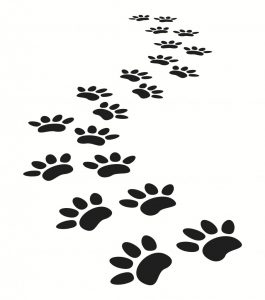 Tracking the course of a casual internet afternoon at home for posterity —after the fact— to investigate where time was spent and where the path led. Nothing really exciting here, but I’m often curious about how people spend their time. Which might be kinda creepy if I didn’t share sometimes too. So a “stream of time” journal post instead of stream of consciousness.

Sat down with a cup of coffee and began.

Watched the documentary: The Sacred Science. Was a little surprised they were using Toé (datura) to treat the Parkinson’s patient, so did a little research which led me to research more on Mucuna pruriens  mentioned in the article for its effects on dopamine and which I’m using for some dream experiments.

I didn’t like the flute segments in the documentary and I wondered how it would sound if I captured some of my own flute playing on my Zoom H2n as a microphone source on the PC. Which I’ve been meaning to try for some time. So I did.

Read neuroscience article on Reconditioning the Brain to Overcome Fear  whose byline claimed was using artificial intelligence and brain scans to unconsciously remove fear from the brain. So for an experiment, first they “installed” fear in volunteers by pairing an image with an electrical shock. Then they used brain scan data and AI to recognize the pattern which fired in the brains presented with the shocking image. They found the fear pattern often recurred in resting patients without the memory arising to conscious (a type of subconscious rehearsal) and when AI detected the pattern, they immediately gave subject some money (positive reward.) After a few of these “why the heck are you giving me money?” episodes, they retested with the actual image and found the fear response was significantly mitigated.

Curios if dreams might work the same way, dealing with the patterns metaphorically in simulations?

Read an article about a Harvard psychologist’s technique in her book “Presence” for dealing with anxiety. Another pitch for techniques that deal with the unconscious to alleviate problems. The technique: write down some core value in life and a time in one’s past when one felt this way. Meh. Fluff. Seems like a way to reinforce ego strength which is a two edge sword and is often the culprit in anxiety rather than the savior.

Read review on Perfecting the Past in Spanish and bought the book for the kindle. It’s exactly what I’m wrestling with now in my journey into Spanish.

Read article about using the tools and methodologies we use to understand the brain to understand the game Donkey Kong and how it failed. There was a project in 2014 called BRAIN, imaginatively enough, which thought mapping all the connections between the neurons in the brain in real time would give us an absolute understanding of the mind. This week they figured out that this approach might have some basic flaws. They couldn’t even tackle how the rudimentary processor used in the Commodore 64, which they could map completely, didn’t provide a foothold for predictive understanding of the software running on the processor (I.e. Donkey Kong.)

This reminds me of some insights by Gregory Bateson in his mind-bending book “Steps to an Ecology of Mind” and his discussion of logical levels, warning people that a chair is different from the set of all chairs. One, for example, you can sit on.

Investigated the Deep Learning nanodegree program on Udemy. A 17 week course is being taught by Siraj Raval who is very, very good at planting new material in your brain where it takes over the front lawn with crazy alien offshoots. The course is $400 and I have to decide before January 20th. So tempting…

Read a review of a McKee seminar and his book, Story, Substance, Structure, Style, and the Principles of Screenwriting… and its application to psychology and life. Still processing this one.

Listened to some frogs singing in Borneo.

Now time for a break from the classroom. Hope you’re having or had a good weekend!