Didn’t plan to do this so soon, but ended up getting my phone setup for Ecuador. A sim card, voice and data pay as you go plan, total out of pocket: $35. Technically I think you need a cedula, a national id, to get a local number, but the guy used some one else’s they had on file. Kind of cool to be able to use google maps on the go now to keep from getting lost. And give a local number to people. And call places to make reservations and such that won’t be able to understand me.

Walked by this little software tienda…didn’t check the prices on the Windows 8.1, MathLab, AutoDesk, Adobe and other pricey packages. They are probably around $5 and most likely are torrent downloads burned to DVD 😃 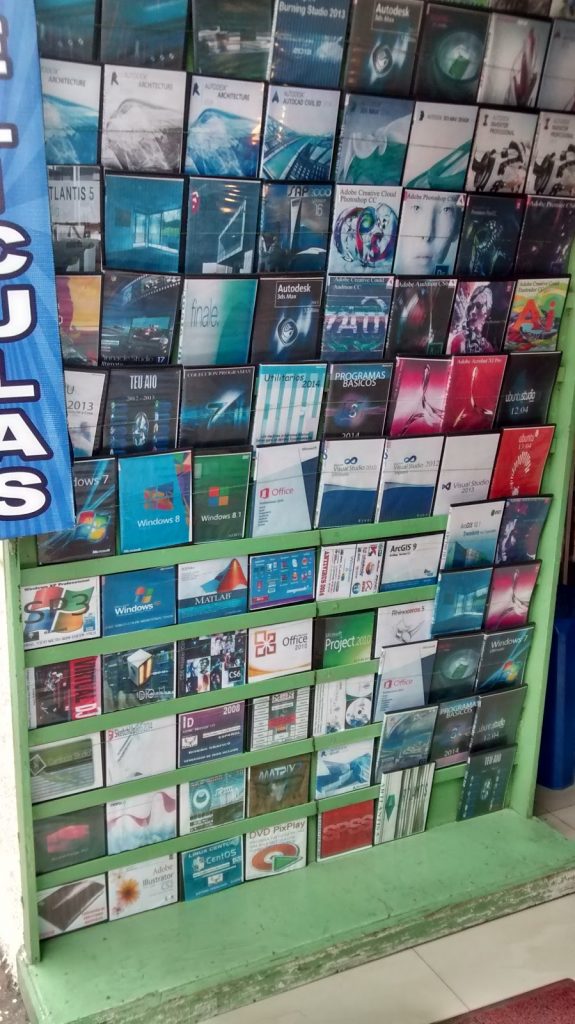 I think my game plan for learning Spanish is going to consist of a four prong strategy: