An interesting question came up on an expat forum this morning, about how well one feels about living where you are a minority as a predictor of how well you might adjust to another country. Talked to miko about this and she claims, “I’m not a minority, I’m a foreigner” in her typical lateral logic. I said I thought the similarities between the two are you are both outsiders in a way. In a sense, I’ve always felt like an outsider, so it’s not that different.

But I think there’s a danger holding such a perspective solely because one is living abroad in that there’s a more encompassing point: people are pretty much alike. As much as we all like to think we’re each special snowflakes, when these flakes hit the ground, warm in the sun, there is this flow of humanity, the good the bad, the amazing, the mundane, the awake and the asleep, it’s a current where there are still distinctions, but they are in the character of the individuals rather than the nationality, race, gender, religion or education. So I guess there’s some merit in the snowflake hypothesis after all, and perhaps less in the minority/foreign one.

I got up today at an ungodly 6:00am to stand in line with other foreign and domestic snowflakes at the ministry of foreign affairs, arriving there by taxi one hour before the doors opened at 8:30 as advised by our avocados. This is part of the mysterious (to us) process for getting our “cedula” or national id card, that opens other doors here. Miko brought her kindle, I was content just to close my eyes and float in the sea of conversations, seeing how many words I could recognize. Which brings me to a handy strategy for memorizing new words.

Avocado, for example, is my mental image for quickly memorizing the word for lawyer: abogado. I just imagined a big green avocado with a pencil moustache and tie carrying a briefcase and BAM, I’ll remember it forever. And so will you, probably. This is a secret(?) technique for remembering foreign words quickly. Miko was having problems remembering the word for “lost” which is “perdido.” Once I helped her imagine, just for fun a giant pear that spilled his bag of doritos and was looking for them under the couch, she has had no problems.

People with far more patience and time to kill than I claim you can go through the complicated visa and cedula processes here without an avocado. But, for example, if one were to say, sign some of the paperwork that took weeks to get the appropriate stamps and notarizations and bureaucratic seals with a black pen instead of a blue one as we almost did today, before our abogado casually asked if that was a black pen and offered his own, one would have to start the process for that document all over again.

And the word for avocado? Aguacate.

And today’s phrase of the day: Hay una fuga en este, or “there is a leak in this thing”, as in when you return the rice cooker you borrowed from the apartment manager that created a puddle on the kitchen floor. 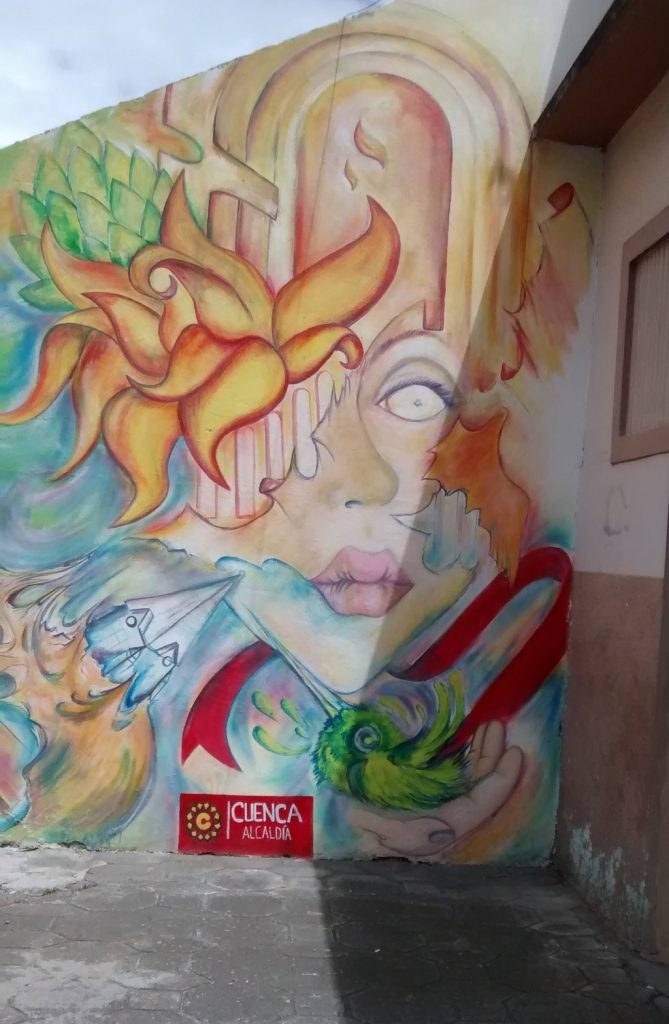