Went to breakfast with a couple we met last March. This was their shopping day, so afterwards we tagged along. Hit the mercado, then a few surrounding places. One that sells special eggs you have to buy on either Tuesday or Saturday called Lunes de Heuvos which is not eggs of the moon like I was thinking, but rather some native indian word. I think they are  also called criollos eggs. Anyway, the yolks are supposed to be rich orange, like we had in Japan. Looking forward to getting some next round and I’ll try to photograph the yolks. Picked up some butter, they carved a half a pound off what must have been at least a 30lb slab. One dollar. Could get milk or cream there too, in either a carton or plastic bag.

So how the title relates to this is that butter, eggs and milk aren’t usually stored in the fridge. They just leave them out and they stay good for a couple of weeks; the butter was really tasty! Just had some on pan toasted bread (no toaster, had to improvise 😃

And if you’re wondering about the totally unrelated photos I’m including with the articles —well I’m collecting street art, this one was taken on the shopping expedition. 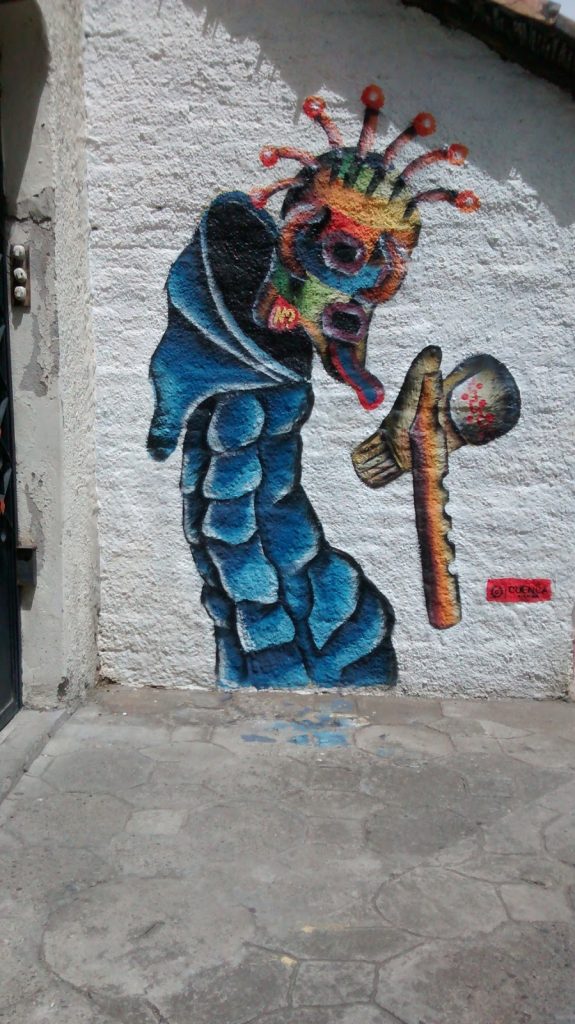