The Circus and the Muses 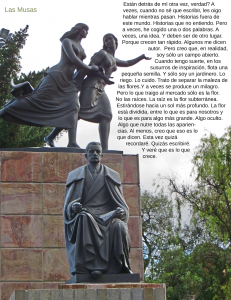 Is this blog ever updated? Not so much. We’re getting ready for the trip in October. We have tickets out of Cuenca to Quito for the first leg of the journey, but ayaiyaiyai. What’s happening with the airport here is a mystery dressed in clown pants-with-a-missing-shoe.

First they closed the airport, when that one plane skid off the runway. Only time that had happened in the 10 years or so since the airport opened.

Then they re-opened, just to close it abruptly on any day it was raining sufficiently. No one ever knew what “sufficiently” meant, exactly. But there were rumors you could see a guy with a stick walking around poking the runway that may have been part of their occult reconnaissance.

After months and studies and estimates, they decided what had to be done and who to do it. Resurfaced the runaway and completed it within a month. Paid a million dollars. Finished right on schedule (the second schedule, that is)  Yay!

Then no airplanes came. At least from Quito. Some smaller ones are flying back and forth from Guayaquil. The Cuenca Mayor is mad, the airlines say the runaway is still slippery, worse even. And the Mayor has smelly feet. Or something. My Spanish is lacking. The government wheels into action, the EC equivalent of the FAA claims the runaway has been inspected, approved and ready to roll. What’s your deal TAME airlines? TAME releases a statement on their web site about  “we must implement mandatory technical procedures designed to ensure flight safety, thereby safeguarding the integrity of our passengers, crew and aircraft.” What does that mean?? Nobody knows. At least I don’t. It probably has something to do with a guy and a stick. And it wouldn’t matter except I have these two tickets, with a chain of connecting flights…

Probably any sane person would have rescheduled the flights by now. But I have confidence in the system here. Things tend to happen just in time. So I’m waiting until the end of the week, maybe the beginning of next week and see what can be cobbled together, if necessary, in the form of short hops or buses to Guayaquil and transits to Quito to make the red-eye to Houston.

Besides that, I wrote my first short story in Spanish. Very short, like 175 words. I had some help from lang-8.com, a nifty service where you help edit other peoples stuff in your native language and others in turn help edit yours in theirs. We’ve got a Photo/Story contest coming up in school, and the teacher was kind of puzzled when I asked her if I could write my story ON the photo (that image above is the final result 😃

Well, back to important tasks, these 4 sugar skulls aren’t going to draw themselves…

BTW, that serious looking dude in the picture is national poet, Remigio Crespo Toral, from Cuenca and that’s his muses in the background. I thought I’d give it voice…the story in English:

They are behind me again, aren’t they? Sometimes, when I don’t know what to write, I hear them talking as they pass. Stories from outside of this world. Stories I don’t understand. But sometimes, I catch a word or two. Sometimes an idea. And these must be from another place. Because they grow so quickly. Some people call me an author. But I think, in reality, I’m just a open field. When I am lucky, on the whispers of inspiration, floats a tiny seed. And I am just a gardener. I water it. Care for it. Try to tell the flowers from the weeds. And sometimes, a miracle unfolds. But what I bring to market, is only the flower. Not the roots. The roots are the flower underground, reaching toward a deeper sun. And the flower is divided, between what is for us and what is for something greater. Something hidden. Something that nurtures all appearances. At least, that’s what I think they are saying. This time. Perhaps I will remember. Perhaps I will write it down and see what grows.