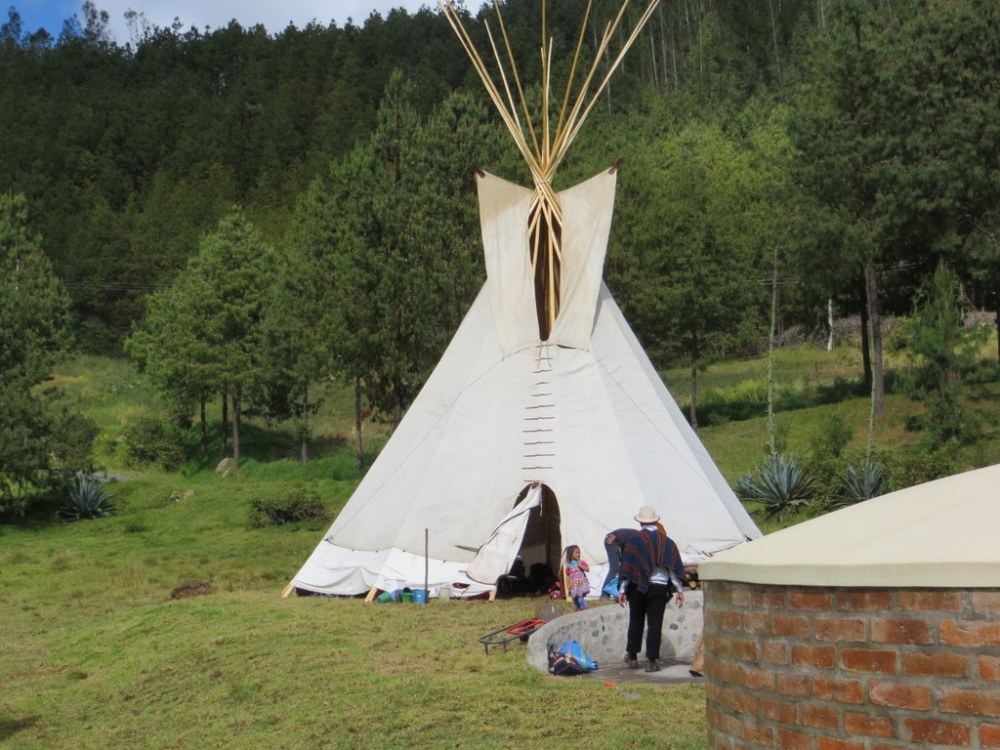 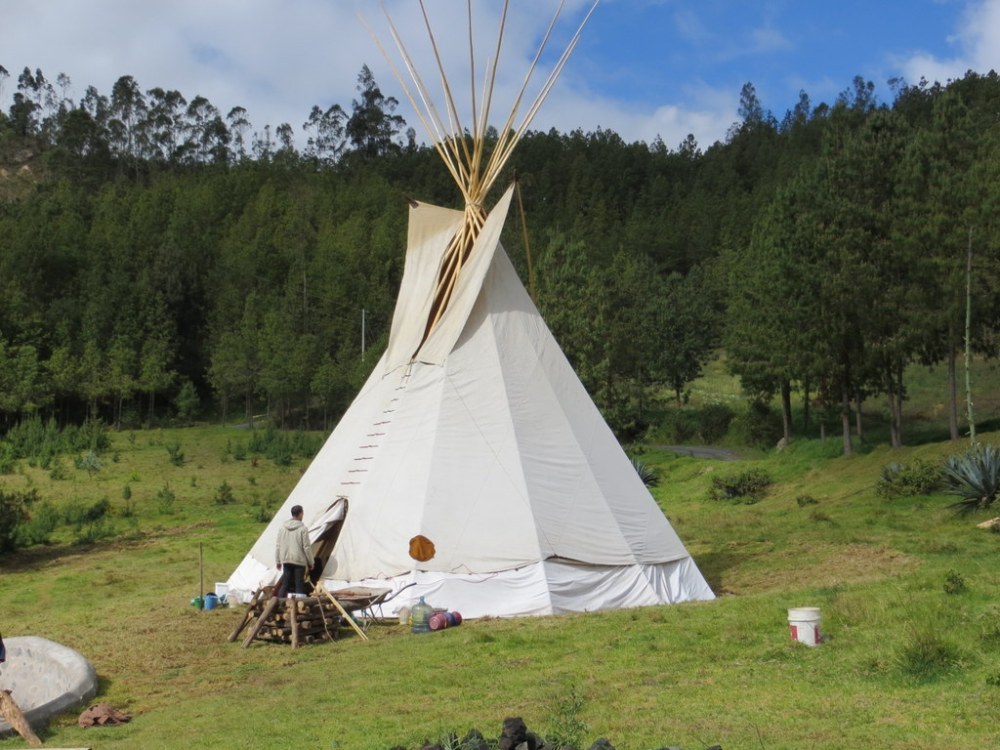 I spent the night of 11/11 in a giant teepee doing peyote with a shaman from Mexico of Huichol lineage. The peyote was intense. Different forms: a powder, a glop called “guacamole” and a brewed tea passed around 3 times. They all tasted nasty —the guacamole was the worst. Effects were ambiguous. First came the “body load.” Typical with psychedelics where one’s body shifts into low gear. It carries a heavy load across some inhospitable tundra riddled with puddles of fuming nausea, trying not to spin its tires. Perhaps it’s impurities. The body resists the shift to other dimensions. But the effect seems common, even for those pure vegan/breatherians with decalcified third eyes and sparkling clean chakras.

I caught glimpses of euphoria. Touched places I’ve visited in the past —where the moment is perfect, the energies of the body purr. Much of the time, I drifted through kinesthetic planes. Once I swept awareness left and right, lassoing a small clan of those near me into a tribe. I was the chief, running with a tight-knit band, entering a new world. This chiefdom idea-form was playful and hypothetical but as my attention rested on it, I could sense energies in the body making it physical and real to the upper mind. The interface between mind and body, how and where thoughts manifested and how that looped back viscerally, was fascinating.

Peyote songs played in a fast rhythm, a newborn’s heartbeat. Listening a while, then awareness settled back in the body. Not in verbal constructs or emotion, but as the body intelligence engaged in its own system. With patterns less ephemeral than the mind’s, but still dynamic. They shift, these patterns. Tectonic plates forming an underling a “tone” in the mind. Sometimes the shifts created ripples of introspection, the intellect trying to identify what this body state means, creating an attractor for a mood. An abstraction. Other times a passing notion in the upper mind injects substance into cracks in these plates triggering a shift, small or massive. The degree of shift unrelated to the intensity of the thought but to where it fell in the firmament of the body and what substrate the cognitive frack encountered.

I’m grateful for all the plants have taught. Illuminating. Now I need to take their lessons, put them into practice rather than accumulating scrapbooks of insights. There is depth enough in anything to reach the bottom of everything. (William Blake says it better.) There’s no time to waste on the surface of things. Time to go deeper. The body knows how and leads the way.

Many knights and ladies have left their secure homes and plunged into the magical realm of their illusions, fantasies, and false projections. Like Odysseus’ men who, on their journey back home, were seduced and then turned into pigs by the enchantress Circe, these present-day seekers must disarm the dangers they face by determining when these visions are nothing more than mere aspects of themselves (which can manifest in multi-faceted ways, for instance, as alluring damsels, windmills, dangerous beasts, or beckoning forests). Victory over our illusions and projections comes when we are able to distinguish, in our bodies, the difference in sensation between our surface reactions and our true intuitive feelings. In thus securing our imagination to the movements of the body, we clear our inner screen to reflect the wisdom that is waiting to shine through. This is where the great power of dreaming comes into our hands.

Kabbalah and the Power of Dreaming: Awakening the Visionary Life
by Catherine Shainberg

Why are these sensations so important? The almost unimaginably rich world of bodily sensations—the shimmers, the tingles, the pulsings and throbbings—are a direct path to the healing and evolution of both consciousness and the body. They are a direct expression of your life force, which is your connecting link to God. If you have only a limited awareness of sensations, you will also feel only a weak connecting link to the Divine.

Yoga of the Mahamudra: The Mystical Way of Balance
by Will Johnson

13 Nov 2016 psychedelic Psychedelic
Comments
Previous: The Circus and the Muses Next: Standing Rock