A Guide to the Good Life 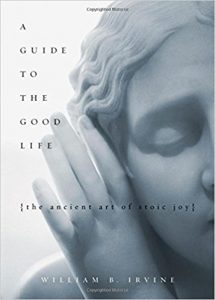 It’s a shame that all we remember of Stoic philosophy is a single impoverished adjective. A sequestered modifier ill-suited to capture its historical relevance. Its unattributed influence infuses our culture, revealed in aphorism and scattered parlance— “don’t ask for an easy life, ask for the strength to handle a difficult one.” In appreciating simple pleasures rather than gourmet commodities, with gratitude for both. And the suspicion that forever trying to satisfy desire as the golden path to happiness may not be a feasible pursuit.

Starting around 300 BC,  Stoics suspected seeking an easy life was a fool’s game and a sure-fire path to pain and suffering. This is a book review, of sorts, of The Good Life: The Ancient Art of Stoic Joy by William Irvine. But also a spoiler, imparting some Stoic strategies still applicable to modern times.

My last book review on Buddhism spoke to how we may suffer through clinging to impermanence. And by taking whatever we think or feel without circumscription. Buddha’s prescription was meditation: observe the mind. By noticing thoughts as they occur, we notice our relationship with them. We gain a little space, a little freedom. A little less robotic reaction.

The Stoics are equally cynical of the current state of psychological affairs: we are led by the noses by our appetites and fears. We never find lasting happiness but blindly pursue, and are manipulated by, our hardwired dopamine dependencies1. By biochemistry rather than free will. Their remedy, however, differs from the Buddha: reflect rather than observe. Use skillful thoughts to dismantle dysfunctional ones. Jump into the fray swinging rather than detaching.

With sleights of mind like taking time occasionally to imagine losing all possessions, abilities, freedom, loved ones. Imagine ourselves dying, suddenly or through protracted illness and pain. Sound morbid? They claim it’s a vaccine. Rather than blithely assuming such things will never happen to us and it shattering our worlds when they do, Stoics accounted for possibilities to build resilience. And by doing so they bring a deeper appreciation and gratitude into the moment. By imagining the death of loved ones, we can appreciate our time with them now. And if, or when, they depart we may harbor fewer regrets. And by imaging our own demise we gain greater clarity about priorities. What’s actually significant in our day-to-day. And what isn’t.

A passage meaningful to recovery groups everywhere: “God grant me the serenity to accept the things I cannot change, the courage to change the things I can, and the wisdom to know the difference” is a touchstone of Stoic philosophy: not letting what we can’t control mess with our zen. In fact, they warn against setting external goals entirely. Much better to set ones we accomplish within ourselves, like doing our best. And living our virtues. And to unsubscribe to all the ways we are pulled into validating ourselves to the world or proving ourselves “worthy.” Whatever that might mean. We have no control over what people think about us, even on our best behavior2. So why pin our happiness and well-being on public opinion and external circumstance?

There’s a fatalism about the past and present with the Stoics, but not the future. The present is what it is. Deal with it they’d say. But they would add: and here’s how. The future can be changed if we avoid allowing our past to be our sole defining characteristic, with its automatic thoughts and feelings propelling us blindly into our karma. Free will is possible, but not a given.

To that end, a tactic used for building will and resilience was avoiding the easy way now and then. Intentionally making things harder, by practicing deferred gratification (incidentally, the ability to do this seems to lead to better lives in a series of studies.) Examples might be intermittent fasting, cold showers, things that might frustrate us if imposed by circumstance create a subtle pleasure of mastery when chosen for practice. And when we are inconvenienced or tripped up by obstacles during the day, it makes it that much easier to bear.

Unlike the Buddhists, the Stoics were troublemakers. While Buddhism shares common virtues, like compassion, the Stoics were tasked with finding their own set of values, important to the individual. Stoics were Kings (Marcus Aurelius, widely regarded as the best King in Roman history) and advisors to Kings (Seneca to Nero) but were often exiled and sometimes executed in pursuit of their values. They had certain virtues in common, like avoiding the pursuit of fame or wealth, but this was primarily because these were external goals. And yet their internal compass for doing their best, and living a good life however they defined it, seemed to result naturally in fame or riches; which were gratefully accepted but always held lightly.

Irving’s book covers these strategies, and more, and in greater detail. He set out to create a modern school for Stoicism in the form of a book. He presents Stoic philosophy the way it was presented in ancient Greece and Rome as a school of living optimally. Where philosophy asked the hard questions so that at the end of our lives we don’t discover that we never lived. The people with whom Stoicism resonates, and it probably won’t be many, will feel like they’ve reconnected with their long-lost tribe. Asgard is not a place, Asgard is a people.3 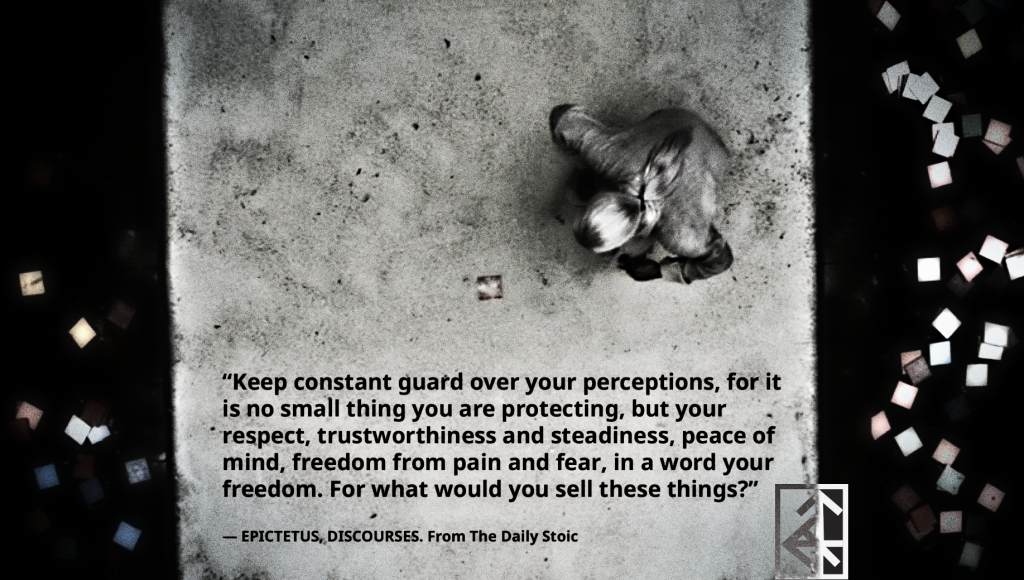 19 Feb 2018 Philosophy ,Review
Comments
Previous: An Ode to Renting Next: Meditation and Modafinil