Well Miko left for Paraguay on Wednesday and I’ve been left to my own devices for a bit. I’ve mostly been staying out of trouble. As far as you know.

Walking back from an expedition to pick up some sausage for some beans and franks (had a craving) I got something that says it’s bratwurst but looks like an anemic hot-dog and I’m not sure whether to cook it or not, but all that aside, and back to the story. I passed back through the Plaza de Flores to smell the flowers. It’s like walking through a botanical garden. The plaza is in front of a monastery of cloistered Carmelite nuns called the Carmen de la Asunción. There’s a small doorway where they sell this mythical drink called “agua de pitimas” which shocked me that I actually understood it to mean water of a little more, from the native Kichwa term “piti” which means little. I knew those classes would come in handy some day.

This magical elixir is made by the nuns in a tradition stretching back 300 years. Evidently even the doctors around here recommend this drink for calming nerves and curing headaches. It was even written about in Don Quixote, who used it to heal a broken heart.

So I paid my 50 cents, which goes to the nuns, “dulce or sin dulce?” he asked. “Dulce, por supuesto, gracias.” I couldn’t tell what all was in there… lemon verbena, chamomile, rose water…but it did make my head feel kind of funny. Probably the sugar.

I also bought this bottle of wine made by them, for good measure. 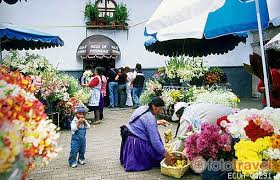