Decided to at least write a token post on the little blog here. Haven’t really been busy, just lazy I suppose. Festival is in full swing here.

We met a young man who is traveling the world (80 countries so far) and making his way through South America and while we’ve been avoiding most of the foam, cornstarch and water attacks, but he seems to be a magnet for them, especially from the roving bands of young girls. Go figure 😃 Had dinner with another young couple, and newly minted parents, from Guayaquil. The husband’s business was exporting cocoa and coffee to Japan, so had an interesting discussion with him about the chocolate business, further confirming my suspicions that we in the US are not getting the good stuff but rather the CCN-51 genetic impostors. Add enough sugar and it’s hard to tell, but the taste is distinctly different from the real thing.

Spanish classes have started again, two days a week. Think we’ve finally found a pace we can handle, what with all the other responsibilities and such. :p

Didn’t catch the superbowl, but my facebook friends assure me that the Broncos won. I did catch up on my favorite part, the commercials. They didn’t seem as creative as superbowls past, but I thought the Doritos one was pretty good. 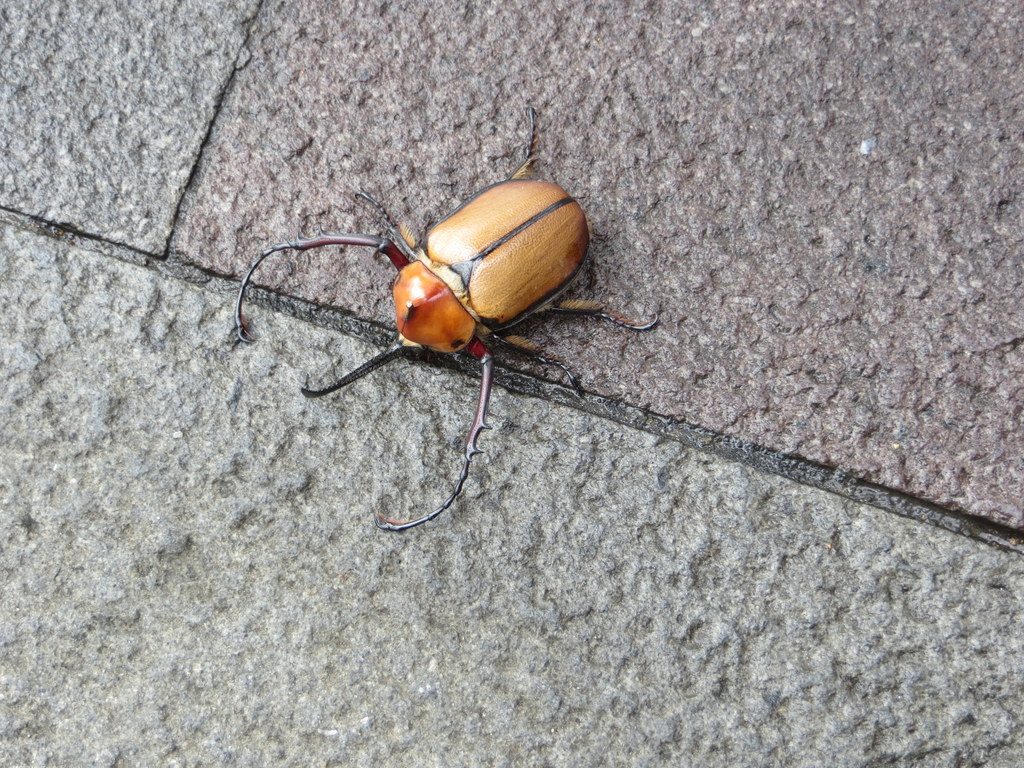 Saw this cool beetle on the way to Spanish classes. I think it is a rhinoceros beetle, missing the “horn” … damn poachers.

08 Feb 2016 news Travels ,World
Comments
Previous: Back in the Groove Next: Sundry