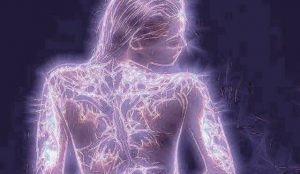 Well, the excursions with plant teachers are over for now. Just got back from Vilcabamba and had probably the last ceremony for this year. It was just Felicia, miko and I. The medicine seems to have been curative for some physical issues miko had, particularly with her stomach. She didn’t get the kind of “soul” cleansing she got the last visit, which was pretty dramatic —but time will tell what benefits might unfold for her.

For me, this marked my 5th San Pedro adventure. It was powerful and it’s quite devious, these plant teachers. They always answer my questions but so far never in a way I expect. My question for grand-father this round was roughly “how can I activate the most of my potential in the time I have remaining.”

I was expecting some revelation about expanded consciousness, interests I could pursue, inspirational motivation. Nope. The answer really had nothing to do with the mind, but rather the body. Apparently I have all sorts of stuff “locked” into configurations of the body that San Pedro demonstrated how to release. Muscular and structural knots started snapping like cut cords and within them energies trapped for generations, it seemed, were being released. Apparently the way to maximize my potential is something my body knows and has been prevented from accomplishing. Or at least something that needs to be done first, in order to clear the way to a deeper recognizance. I think it’s time to get serious again with qi gong, which is a vehicle I’ve flirted with for years and probably the most direct way I know of for working with the energies of the body.

So back to everyday life now and in something like a week and a half we head for Japan, where the lessons will not doubt continue…

There was a man who had spent most of his life pursuing his spiritual path. He heard of a very wise man and traveled to meet him.

“I have come a great distance to see you”, he said to the wise man, “and I was hoping you could answer a single question that has concerned me for some time.”

“What is your question?” the wise man replied.

“I have been on my path for a very long time and I grow old. I wonder if you could tell me, how much longer until I gain understanding? Until I have > knowledge rather than just belief?”

The wise man nodded and said, “I think I can answer this question for you. But first, you must do something for me.”

“Anything” the man said, hopefully.

“You see that basket by the tree over there? Take it to the well down by the fence and bring it back to me full of water.”

The man thought the task simple enough. The basket was filthy, caked with dirt, twigs, chicken shit. He walked to the well and scooped out water and walked back to the wise man. But by the time he got back, all the water had leaked from the woven basket. The next time he ran back, but still, the water leaked and the basket was empty. Nevertheless, he thought maybe if he was faster or carried the bucket level, or tipped at a certain angle, and he tried all morning, then late into the afternoon. Finally it seemed the task was hopeless and he set the bucket down by the wise man.

“I could do this all day”, he said to the wise man, “probably all night, and maybe most of the following day. But I don’t think it will ever hold the water. And besides, I don’t see how this has anything to do with my question.” He sat down exhausted and disgusted.

“It is true”, said the wise man, “the basket by its very nature cannot contain the water. Just like your mind cannot hold the answer you seek. But look at the basket now. It is clean and the reeds glisten. And like the basket, each time you immerse yourself in the mystery, you remove the debris from your mind, and the layers of dirt and chicken shit from the cracks so the light can shine through.”

— a story told by Felicia

18 Sep 2015 psychedelic Psychedelic ,Stories
Comments
Previous: Love and the Jaguar Next: I Thought This Was About Ecuador?