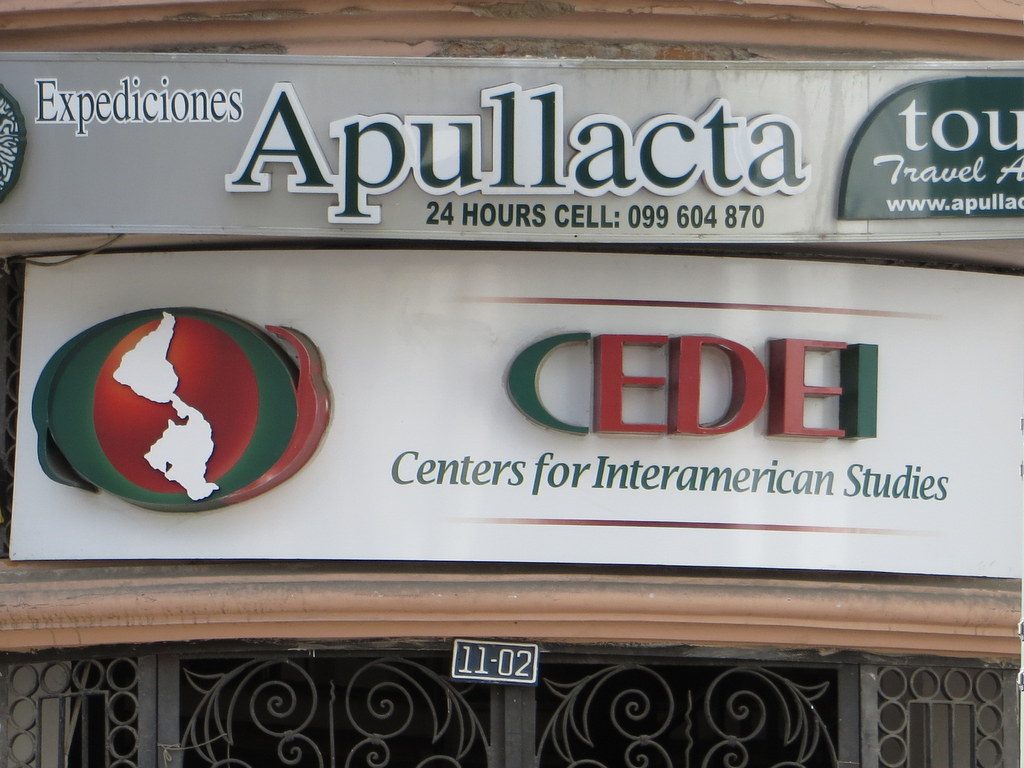 A lot going on but not much to report. Just over half done with intensive Spanish course. Two weeks down, two to go. I think we’ll need about a month afterwards to let everything seep in. You meet some interesting people in these classes. A guy from Germany who worked in the US for 20 years and was retiring until something Bush did eliminated his nest egg and he ended up in Czechoslovakia and then a little town in Ecuador teaching English to indigenous tribes and rotating between Germany for 3 months and Ecuador for 9 months for funding. A Canadian scouting out the place to learn a little Spanish and determine if there’s a market for a fitness trainer so he and his wife can relocate. Ecuador doesn’t seem to be panning out market-wise, so he’s investigating Columbia next, which is getting an upscale reputation among ex-pats in South American lately.

Had a bout with stomach complaints for a day which laid me out… the risks of my dietary habits here, which is try just about anything once. Usually twice to make sure. Miko is doing excellent, we trekked around the city day before yesterday, walking for probably 2 hours. Don’t really have anything planned for her birthday tomorrow, we don’t really “do” birthdays, or anniversaries, but usually find something to celebrate once a twice a week regardless 😃

That’s about all of the excitement. Signing off from the pupo del mundo, which is what the indigenous call this place…the “belly button of the world.”