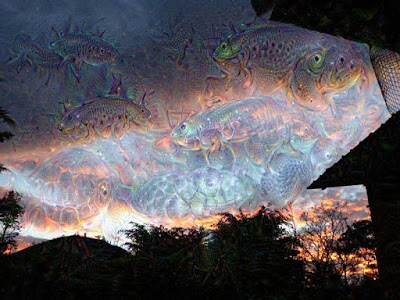 Well, I thought I was going to write up an articulate and insightful description of our journey with San Pedro, but I really can’t express most/any of it in words. It was amazing.

We had been on a bland diet a week before, no meat, sugar, fats, spices, salt, alcohol, etc. And a fast the day of the ceremony. The ceremony started around 10pm and went through the night until about 11am the next morning.

The fire pit was going most of the night. The sky was clear, the stars radiant, the San Pedro potent. That’s the cactus you see in the center of the first picture in the album.

Two plants are master teachers among the natives in South America: San Pedro (Hauchuma) and Ayahuasca. This was our first meeting with Huachuma. The ceremony was beautiful, the space was consecrated and purified. There were two Ecuadorian women, an Austrian backpacker, a north american couple from Baja, Mexico and us. Felicia and her assistant Pedro ran the ceremony, keeping checks on people through-out the night and keeping them supplied with fresh barf bags. I think everyone threw up at least once except me, not that I didn’t come close a few times. The brew itself was only about half a cup, a little bitter, slightly smokey, but wow, what a punch. The effect lasted about 12 hours, but probably peaked for only about 4 or so. It was amazing hearing the whole valley coming alive in the morning, the roosters, donkeys, who knows what all, but it was this fantastic symphony of life with the rising sun.

Maybe after some more time “processing” as Boulderites say, I may have more to tell. It felt as if some very deep shifts were/are happening!

Post note: one weird visual in the morning, sort of an after effect, was looking at the clouds and watching them change, but they changed in a specific way I’d seen before. Today I remembered where I had seen this. It was in the visualization tool google used to examine the way neural networks processed images (#deepdream) Intriguing. It’s like the algorithms of artificial intelligence are the sacred geometry of our times.