Your Tribe is Waiting 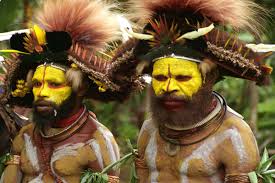 I think a lot of our confusion and judgment about others stems from a mistaken belief about culture. The United States has been called a “melting pot” but it’s really more like stew. The Native Americans had a better take on the situation. They recognized that the country consisted of a number of different tribes, with different customs, rituals, beliefs and values.

But somehow, in this land of diversity, we sometimes think there is one God, one belief, one way of acting that should apply to everyone. We become easily offended when others in our country don’t share our opinions, political choices or codes of dress and behavior. Some other cultures have observed that in America (i.e. the USA) everyone is “free to be like everyone else.” The icon of rugged individualism has been replaced with a polarization of what is or is not “American”; diversity and respect for other’s ability to choose for themselves has been replaced with political correct labeling and relabelling (i.e. lip service), with nationalism and fears for our safety from “outsiders.” Our very way of life can seem threatened, in a chicken-little-sky-falling sort of way, by the personal choices and opinions of others in areas that have nothing to do with our actual physical safety. In a country founded on liberty and freedom of thought, we have become fearful of the non-conformist.

I believe a healthier mental shift is to recognize that we are still many tribes. Sometimes our tribe won’t be where we grew up, won’t be our race, our gender, or how those around us think. But our tribe is out there and we recognize one another.

There are many, many tribes, even within our borders, within our states and cities and schools. And this is ok. We may have some things in common with other tribes or we may have very little. But the freedom of our tribe and our expression depends on our ability to accommodate the freedom of other tribes to much more of an extent than we are conditioned for today. And if we don’t really understand people, in general, that’s ok too, those people probably aren’t our tribe. We can still learn a little of their customs and how to interact with respect, but our tribe is out there waiting for us. When we find it, we’ll feel right at home and we won’t have to force fit ourselves, or others, into consensus for our own (or their) comfort.

06 Oct 2015 thoughts Musing
Previous: I Thought This Was About Ecuador? Next: The Swing of Things